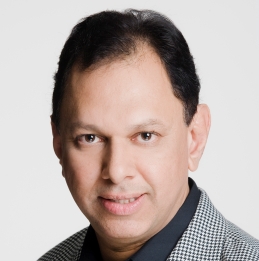 As the Chairman of Global Media Communications, Abramjee shall be responsible for ensuring our global audiences become more aware of our partnerships with international and regional media such as CNN, BBC World, and our global law enforcement partners, Interpol, United Nations Office of Drug Crime (UNODC), and the leading NGO’s we work with such as the World Wildlife Fund (WWF).

The task ahead for Yusuf will also include developing further media partnerships within communities in Europe, Caribbean and the Americas, Canada, Africa, and Australasia.

CSI President, Alexander MacDonald, said: “We are delighted that Yusuf has accepted this very important role as our Media Chair and Global Communications Director. His experience and expertise are most needed at this time in our organization’s development. The appointment takes effect on 1 January 2016.”

MacDonald said Yusuf is a global anti-crime activist, known and respected for his work as the Head of Crime Line SA. He was chair of the CSI Conference hosted in Cape Town, South Africa in 2014. “We are on record as saying it was one of the best, biggest and most successful conferences CSI has hosted.”

CSI recently relocated its global headquarters to The Hague in the Nederlands. “While Yusuf will be based in Johannesburg, he will also travel between the two countries as required. We are also pleased that he will continue to undertake other tasks and responsibilities and continue to do good in communities and create a safer world. He is an active social cohesion advocate and also an Interpol #TurnBackCrime Ambassador.”

Yusuf said he was looking forward to the new challenge.

“CSI is continuing to grow and I look forward to taking the organization to the next level. This is an exciting new chapter for me and I am ready for the challenge. Crime Stoppers is critical to the success of law enforcement as law enforcement is critical in the fight against crime. We need to further cement this kind of relationship around the world.”