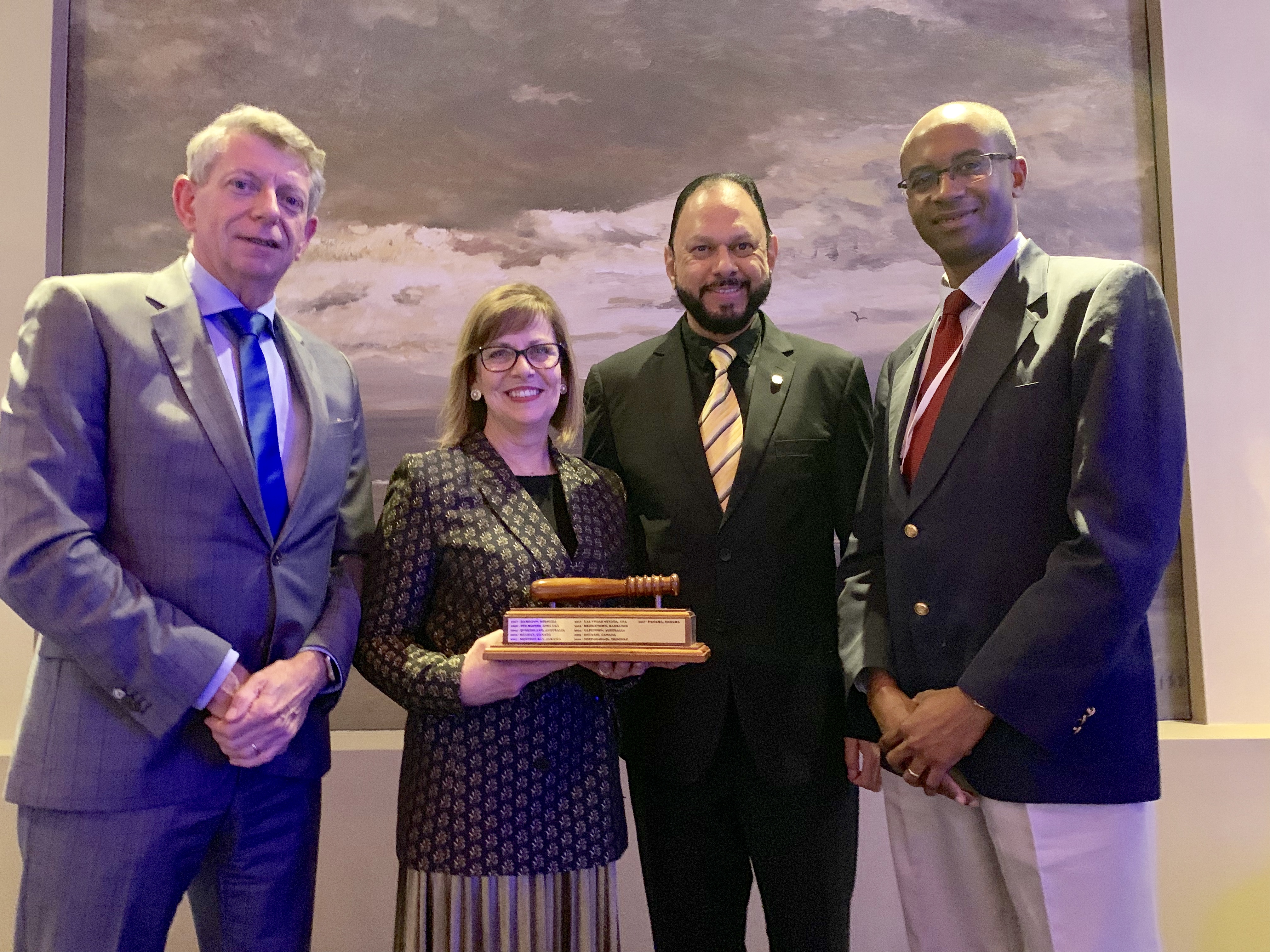 THE HAGUE, NETHERLANDS -At its 39th annual conference, Crime Stoppers International (CSI) announced Sharon Hanlon, Director from Region Five (Australia/New Zealand/South-East Asia) and Yusuf Abramjee, one of the Directors for Region Seven (South Africa) as elected President and Vice President to lead CSI. In the 40 years since Crime Stoppers began, this is the first time a woman has served as president.

CSI President Sharon Hanlon, Adelaide, South Australia
With more than two decades executive experience, Hanlon brings a unique and diverse perspective to the CSI leadership role. She’s led large-scale projects for government agencies and the private sector with a proven track record for contributing to cultural change, business strategy and corporate planning. Hanlon is well-versed in corporate governance thanks to her experience serving as the director for a number of public and private sector boards. She’s served in several Crime Stoppers leadership roles during the last decade and is currently Chair of Crime Stoppers South Australia Inc, Deputy Chairman Crime Stoppers Australia and after two and a half years as a CSI Director, is now President of CSI. Hanlon managed the Public Affairs Division for 10 years at the South Australian Royal Automobile Association on behalf of its 650,000 members. This provided her with significant exposure to working within federated models – both nationally and internationally – and saw her make important contributions to corporate governance, business strategy, public policy development and advocacy.
“CSI is an organization making significant advances through its collaboration with government, media, law enforcement and the general public,” said Hanlon. “As president, I look forward to exploring the exciting opportunities that have presented during the CSI Hague conference from some of our existing partners, but also prospective partners and key stakeholders. We’ve accomplished a great deal in our time, but there is still so much more that we can achieve through innovative partnerships.” 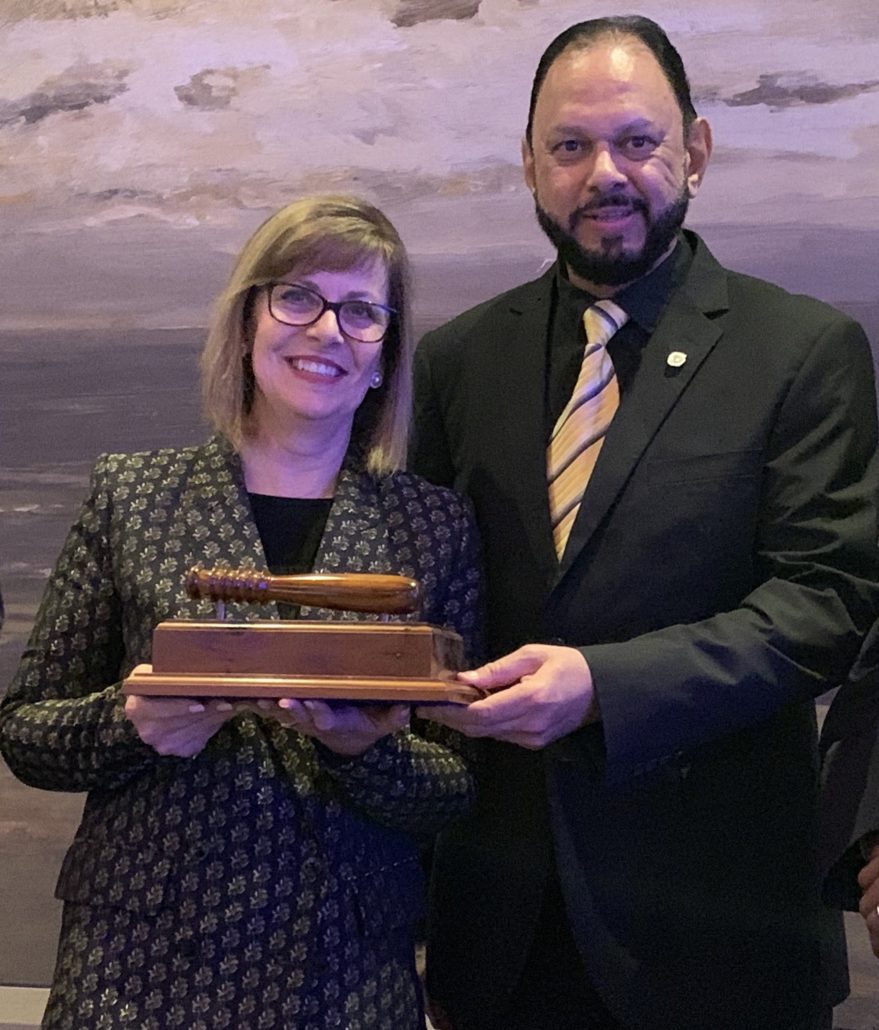 CSI Vice President Yusuf Abramjee, Pretoria, South Africa
Abramjee has been an anti-crime and social activist for many years. He is the Head of #MakeSASafe, Chief Ambassador of the Namola/DialDirect Safety App and Spokesperson for the #TaxBackBack campaign.
As a former teacher, crime reporter, crime editor, news editor, station manager, head of news and media executive, Abramjee has earned multiple awards for his tireless efforts to empower the citizens of South Africa to report criminal behavior, journalism, leadership and community activism.
He received a National Order from the Government of South Africa in 2014. Abramjee’s penchant for engaging the public and exposing criminal activity will help CSI further its goals.
“Fighting crime and creating a safer world has been and will always be close to my heart,” said Abramjee. “I fully understand the importance of communicating, networking, alliances and partnerships and making a difference. I look forward to serving CSI and our delegates in this new leadership role.
I thank CSI directors and members for the confidence they have in me. I am humbled and honoured to be elected Vice President,” Abramjee added.
About CSI
Crime Stoppers International is the global authority on anonymous reporting and is the umbrella organization for approximately 800 certified Crime Stoppers programs operating in 26 different countries across seven geographic regions. Its mission is “to mobilize the world to report information on crime anonymously.” Since its founding in 1976, information provided through the network has led to more than one million arrests and 1.5 million cases solved. The group maintains a co-operation agreement with INTERPOL and has collaborative agreements with organizations such as the United Nations Office on Drugs and Crime (UNODC), the CNN Freedom Project (CNN), Airline Ambassadors International (AAI) and the International Police Training Institute (IPTI). For the full conference schedule visit www.CSIWorld.org.
FacebookTwitterRedditPinterestEmailGoogle+LinkedInWhatsApp