A MONUMENTAL DAY AS 250,000 SOUTH AFRICANS SIGN UP WITH THE DIALDIRECT NAMOLA EMERGENCY APP TO GET HELP FAST. 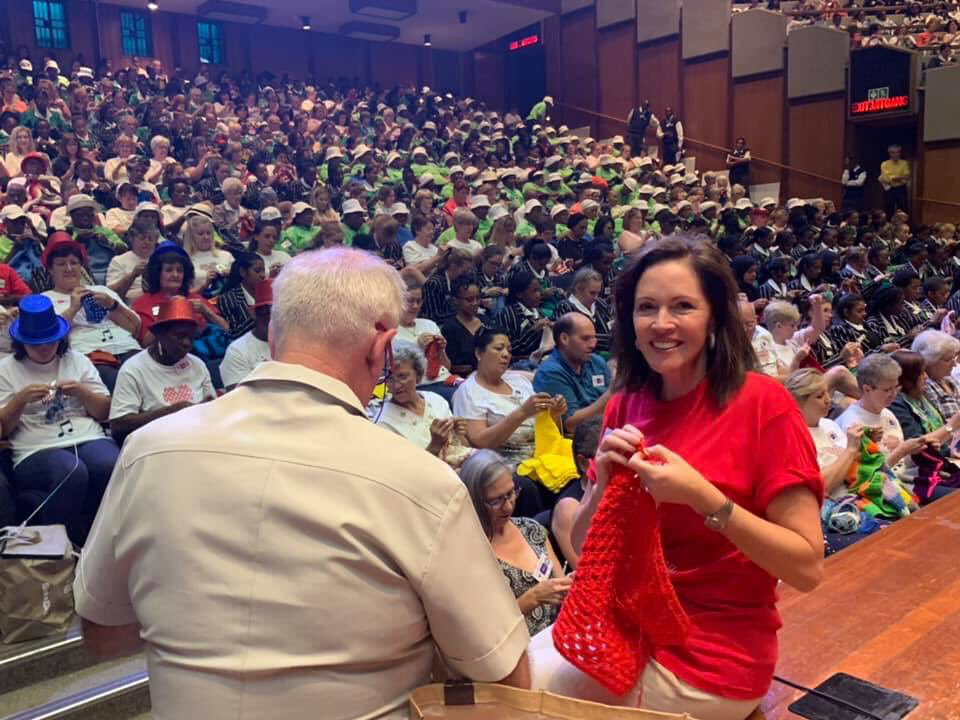 A MONUMENTAL DAY AS 250,000 SOUTH AFRICANS SIGN UP WITH THE DIALDIRECT NAMOLA EMERGENCY APP TO GET HELP FAST.

South Africa- 250,000 South Africans have signed up to use the Dialdirect Namola emergency app. The app, which went national in September 2017, has assisted just over 20,000 South Africans in real incidents and recently released a brand new feature called Family Safety, which is aimed at providing additional peace of mind when it comes to keeping South Africans safe.

Thobile, a police officer with the South African Police Service in Gauteng has used the Dialdirect Namola app on six different occasions to get assistance. These have included calling an ambulance when he found himself in a shooting and a fire engine when coming across a fire in an informal settlement.

“I use the Dialdirect Namola app as my first choice to call for assistance from other emergency services,” says Thobile. “I must applaud the team for their quick response to my request for help. This app is really amazing.”

Magdel, a patroller and first aider for the Sector 4B Neighbourhood Watch in Kraaifontein in the Western Cape, is a Namola Watch responder for her local CPF but also uses the Dialdirect Namola app to get assistance when she finds herself in emergency situations.

“You never know when you will be in an emergency,” says Magdel. “I am a teacher and a couple of days ago one of my pupils started experiencing pains down the side of his arm and had trouble breathing. I didn’t have my medical pack with me as I was off duty, so I used the app to get an ambulance. They were so fast in their response and followed up frequently to check if the ambulance had arrived and how the pupil was doing.”

“We believe if emergency responders, who have access to other resources to get help in an emergency, choose to use the Dialdirect Namola app to get assistance, it really is the tool of choice when requesting help in any emergency anywhere in South Africa,” says Maanda Tshifularo, Head of Dialdirect Insurance. “If you are one of the 250,000 South Africans who already have the app on their smartphone, make sure that you spread the word to everyone in South Africa about this brilliant app. Together we can make South Africa a safer place to live”

Download the Dialdirect Namola app and Namola Watch FREE, either from the Apple App Store or Google Play, or visit www.namola.com.

Dialdirect Insurance is an authorised FSP 15259
On the 27th of January, 67 Blankets for Nelson Mandela Day celebrated their fifth anniversary at The Linder Auditorium, at the University of the Witwatersrand in Johannesburg. The organisation was established in 2014, to help provide homemade blankets and scarves, to communities in need.

To celebrate the occasion, and pay tribute to the late, former South African President Nelson Mandela, a new World Record was set for the Most People Crocheting Simultaneously. The existing Guinness World Record of 604 people, had been achieved by The Singleton Crafters from Australia in 2017. 67 Blankets for Nelson Mandela Day surpassed this record, with a total of 737 people crocheting together on the day. They crocheted for a total of 27 minutes, each minute representing a year that Mandela had spent in prison.

As the celebrations coincided with the anniversary of the birth of Wolfgang Amadeus Mozart, the event was called “Mozart for Mandela”, and participants were entertained with music by the composer, with performances by a string quartet and pianist Eliza Kruger, as part of the Johannesburg International Mozart Festival. There were also performances by the Jeppe Girls Marimba Band, as well as the Jeppe Pipe Band.

“It was an incredibly inspiring event, attended by people from all backgrounds and all walks of life, which once again demonstrated the South African spirit of Ubuntu”, said the founder of 67 Blankets for Nelson Mandela Day, Carolyn Steyn. “Not only did it serve as an incentive, encouraging our KnitWits for Madiba to make lots of blankets and scarves for those in need, with a clear and fun goal. It also brought attention to our movement, and helped attract new membership.”

Yase Godlo, Outreach Manager of Mandela Day, at the Nelson Mandela Foundation added, “We are thrilled to again be partnering with the 67 Blankets initiative, which continues to touch so many lives through the sterling work it does to propagate Madiba’s legacy and live his values of compassion and empathy. As they enter their fifth year and fifth world record attempt, we wish the ‘KnitWits’ well as they again set out to make a concrete difference, stitch by stitch.”

The necessary documentation will now be sent through to the Guinness World Records Head Office in London, for the new record will be ratified within the next few weeks.