Cellphone tower battery thefts: Appeal to the public to come forward with information. 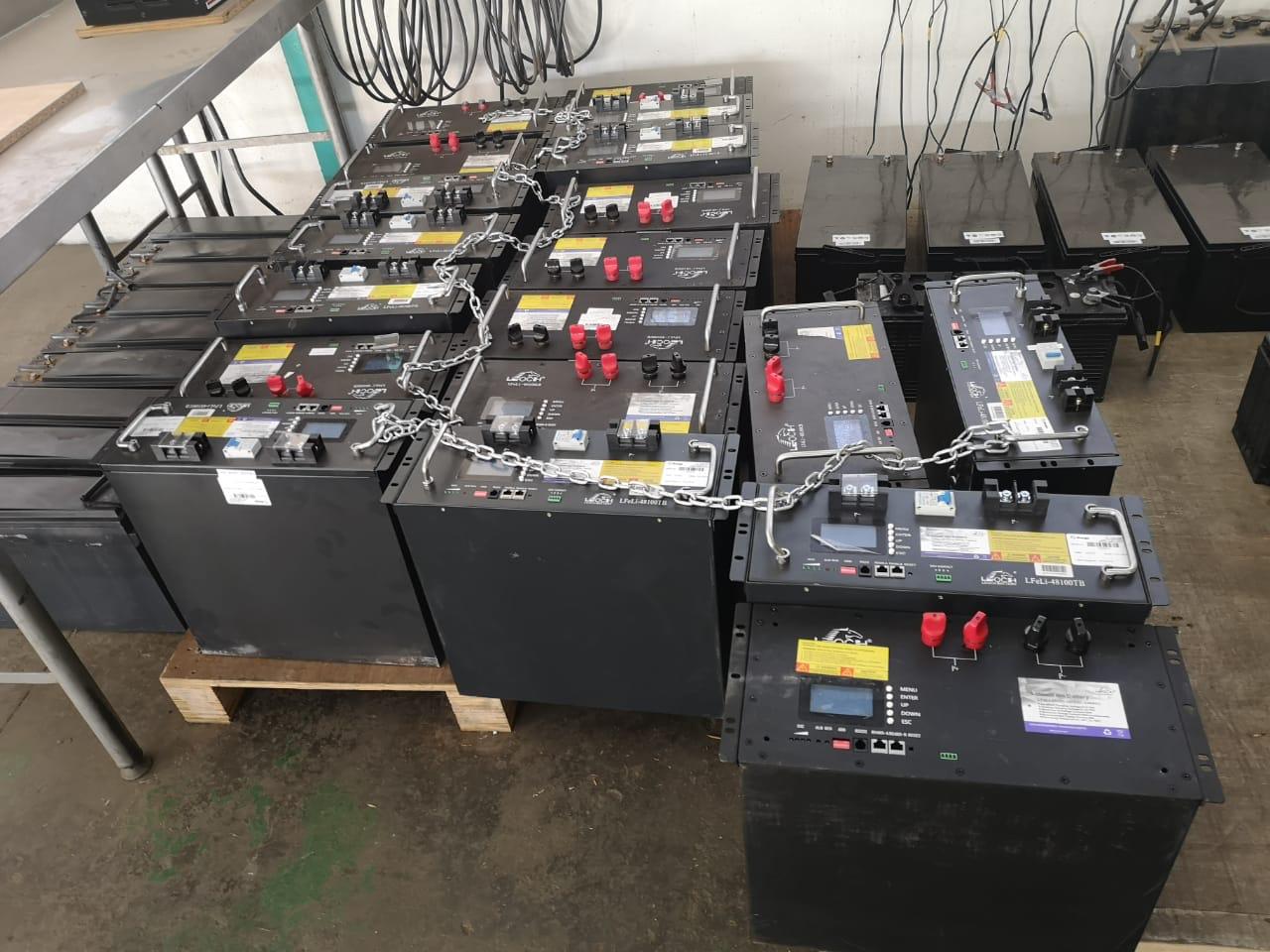 Cellphone tower battery thefts: Appeal to the public to come forward with information.

A call has been made on the public to continue to blow the whistle on those involved in the theft of cellphone batteries from towers.

Last week, some 20 batteries were recovered, and arrests made following tipoffs from the public.

Syndicates have been targeting towers over recent months stealing batteries worth millions of rands.

“They also vandalize the equipment causing disruptions. We have to stop this,” said Ernest Paul, General Manager for Network Operations at MTN South Africa.

“These sophisticated criminal syndicates impose a huge financial burden on MTN as a Telco business, but also on the industry as a while. Battery theft and related vandalism is costing MTN hundreds of millions of rand and the impact is exorbitant, considering that as many as 4-16 batteries need to be replaced at each site. To replace batteries at 100 sites, for instance, would cost well over R10m and then several more million would be required to cover the costs of fixing the damage done to the cell phone towers” said Paul.

Yusuf Abramjee, Anti-Crime Activist, said: “I have been highlighting the problem of cellphone tower battery theft over recent weeks.

“It’s a major problem. Hundreds of batteries are stolen each month. Millions of rands is being lost.

“It appears syndicates are at work. Once stolen, these batteries are being re-sold. It is costing the industry millions of rands and it is also causing disruptions. This must be stopped.

Abramjee called on government “to act with urgency and decisively.

“We need the police to make this a special project and stop this. The networks are being sabotaged.

“I have already alerted SARS to probe the smuggling of these batteries and to stop it.”

Abramjee said it was necessary for the public to blow the whistle on these syndicates.

While MTN has beefed up security significantly and has achieved important successes in the fight through the adoption of a “360-degree” action plan, there’s still a lot to be done. We urge anyone spotting something suspicious on a site to report it immediately. There are various tip-off lines to call. Alternatively report it to the police”, explains Paul.

“Someone, somewhere, somehow knows something. Tipoffs work. I appeal to the public to pass on information. Let’s get them arrested,” said Abramjee who is also Vice-President or Crime Stoppers International.

Previous post CRIMESTATS ARE WORRYING
Next post SE “SAFE” AS A PROMO CODE AND QUALIFY FOR A SPECIAL DISCOUNT ON NAMOLA PLUS TRACKING DEVICE, says Yusuf Abramjee